My work reflects activities and moments that might go unnoticed. I am moved by the rewards and challenges characterizing my experience as an urban mother and by my observations of others navigating the contours of city life. My subjects are inspired by people in my life, but also a passing stranger with whom I have only glanced at. Each painting is a “snapshot” of these fragments in time. Considered together, my series blooms into a narrative of our modern family experience.

My work is often representational, a cast of characters pronounced through a style that borders on realism, abstract, and impressionism. A visual narrative unfolds, revealing a satirical and humorous event often reflecting on the various roles people (especially women) play. I work in oils, acrylics, and drawing materials such as charcoal and graphite. Thin layers of color are overlapped, paint is drawn and sketched vigorously across, and up and down as I manipulate the images I see coming through the paint. I am work from rough composition sketches and sometimes photo references. A large mirror is an essential tool throughout my process, allowing me to reference my own features when working with the figure.

As a native of rural Missouri, Tracy’s artistic roots grew from a family of craftsmen and artisans—wood workers, clock makers, furniture builders, ceramicists and painters. After receiving her B.F.A. from Webster University in St. Louis, Missouri, Tracy received a grant and merit scholarship from The Art Institute of Chicago to attend the Post Baccalaureate certificate program. In Chicago she completed her first private, public art project for the St. Louis Metro Link station, which she completed in 1993. During this time she exhibited her work in several small venue galleries including Red Trike Gallery, owned by Brian Bonebrake. Curator and artist Michael Hernandez de Luna included her work in several group exhibits throughout the nineteen nineties including Sum ten Fishy, The Creature Show, The Velvet Show, and The Red Show. All which were exhibited at the Donnelly Building’s Caffe Baci restaurant. Tracy participated in The Art Institute of Chicago’s annual fundraiser Barewalls from 1997-2007. She contributed two floating sculptures to Flo-Tilla in 1995 and 1997 curated by Dennis Callahan, and Luke Dohner. In 1998 she began exhibiting with Eastwick Gallery in Chicago. She continued working on 3D projects Including an 8ft. Piranha sculpture for The John G. Shedd Aquarium’s lake taxi, A portrait of Martin Luther King made out of Jelly Belly candy for The University of Pennsylvania, several Jelly Belly mosaics for Jelly Belly Candy Co. and Warner Brothers, and a mosaic constructed out of nuts for Harvest Manor Nut Co. in Ohio. In 2013 Tracy create and installed a 5’ by 30’ wall of legumes for the new Art and Soul Restaurant in Washington, D.C. Throughout her painting career Tracy ran a decorative painting business from 1998 until 2008 called Studi-O providing painting services including murals, faux, and painted furniture. In 2008 Tracy was the first artist to exhibit twice in the history of the University Club of Chicago. She has received a Chicago Arts Assistance Program grant award, and 1st place at the Wells Street art fair in 2016. Recent shows include Women Made Gallery, Edra Soto’s The Franklin and Five Points Gallery in CT. Tracy currently lives and works in Chicago’s E. Garfield park neighborhood in the Carroll Avenue Arts District with her husband and two children. 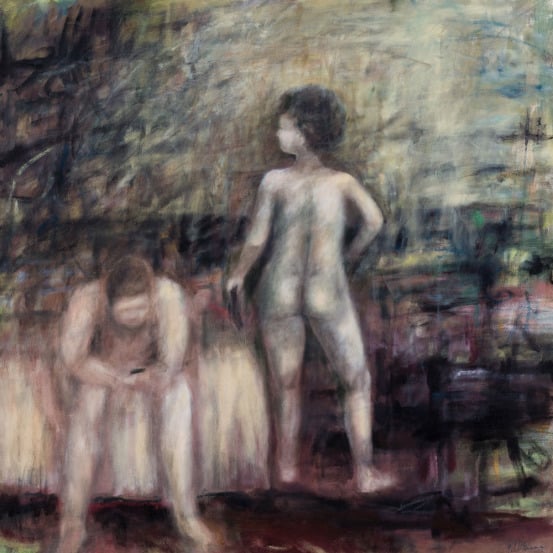 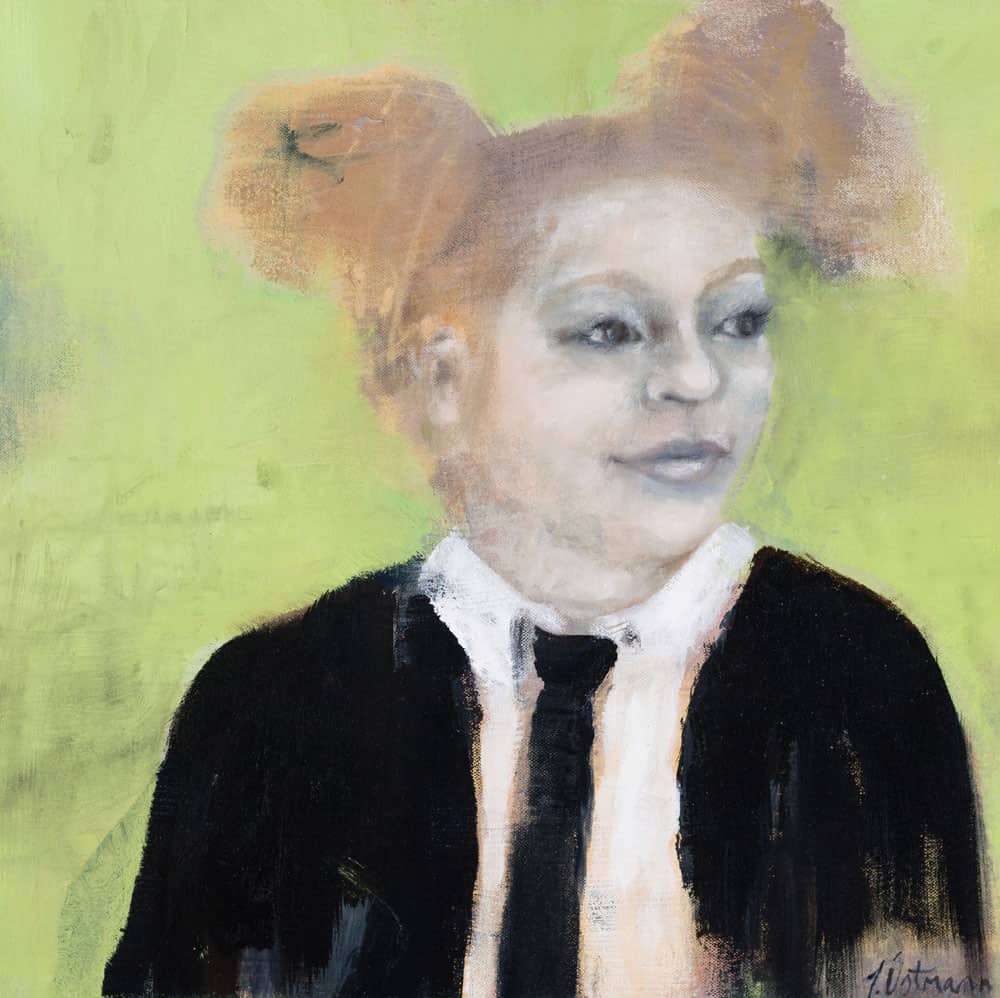