I often use, or reuse, materials outside their normal context and in ways that they were never intended. I work with a limited and repeating set of elements that are either identical or similar in nature, and can be accumulated and assembled in large numbers.

The stamp pieces are painstakingly put together from thousands of canceled postage stamps. Besides their obvious physical beauty, these pieces are interesting on many other levels as well. Previously used and canceled postage stamps, by their nature, are richly evocative. The many different types of cancellation marks and other imperfections beg several questions: Where did they originate? Who sent them? What letters did they carry? They each represent a person, or persons, and past correspondence that remains a mystery.

Each stamp has this hidden history of its own, and each represents a currency that carried a letter from a point of origin to its intended destination. Each small stamp represents this unknown story and, in addition, the expanded web of the larger life and context that it was once connected to. These artworks touch on both the individual and the collective, on both the original sender and the society as a whole. This current body of work is influenced, in part, by Carl Jung’s theory of the collective unconscious and the interconnectedness of the universe.

The physically beauty of the pieces is another dimension to them and is self-evident. What is the most striking is what happens as the viewer sees the pieces from a distance, often thinking they are fabric/textile in nature, and then moves closer to inspect and discovers that the color field, or color bands, are actually composed of thousands of individual paper elements. At first glance, the elements themselves are all seemingly the same, but on even closer inspection, they reveal their individual differences, variations, and imperfections -especially in reference to the diverse cancellation marks that represent thousands of different towns and cities across the country. The resin, like liquid glass, helps to create and hold together the interconnectedness of the individual elements and at the same time heightens and helps to clarify and define their qualities. 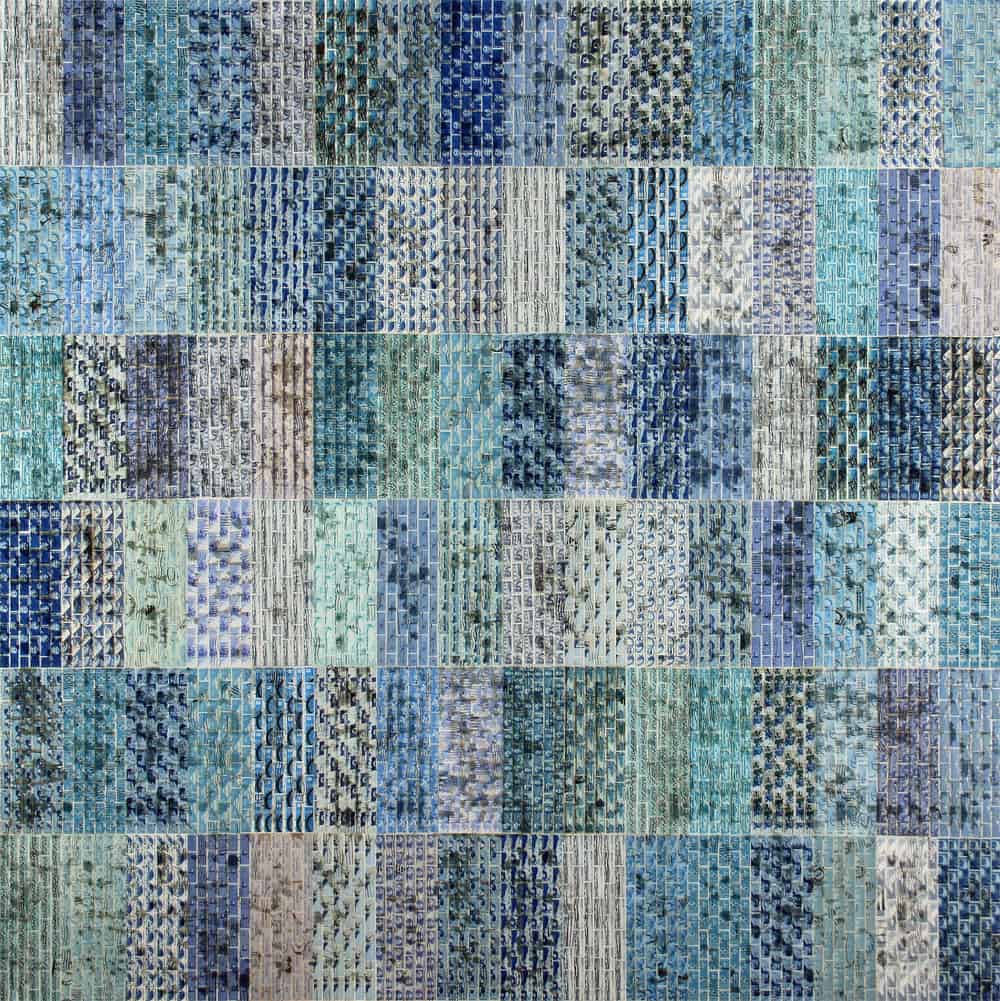 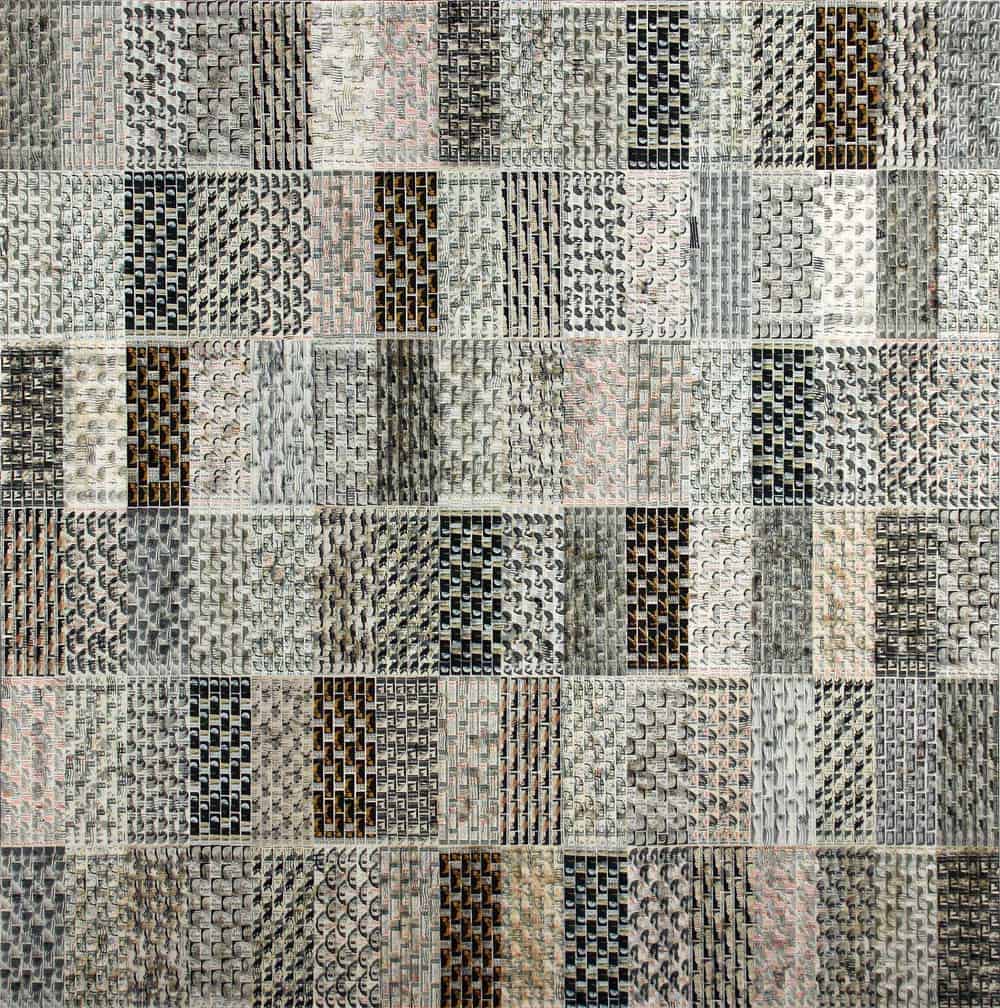 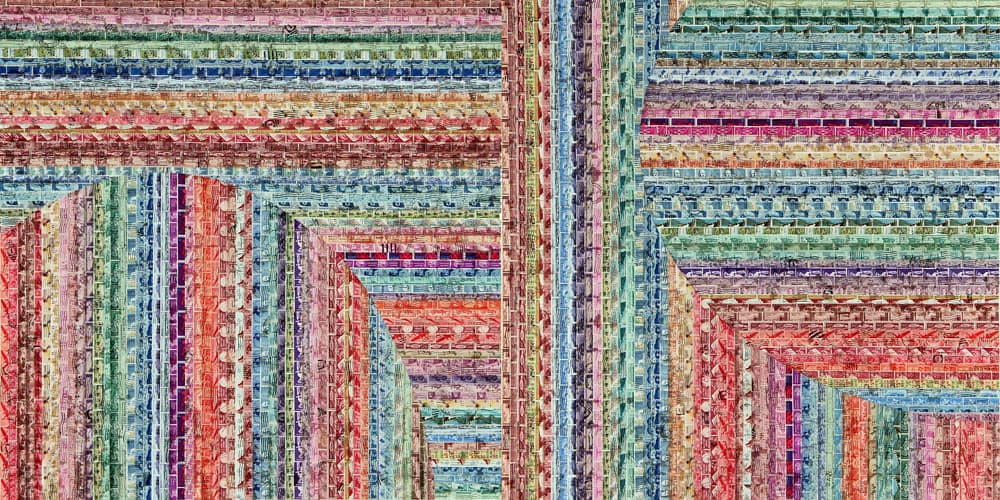 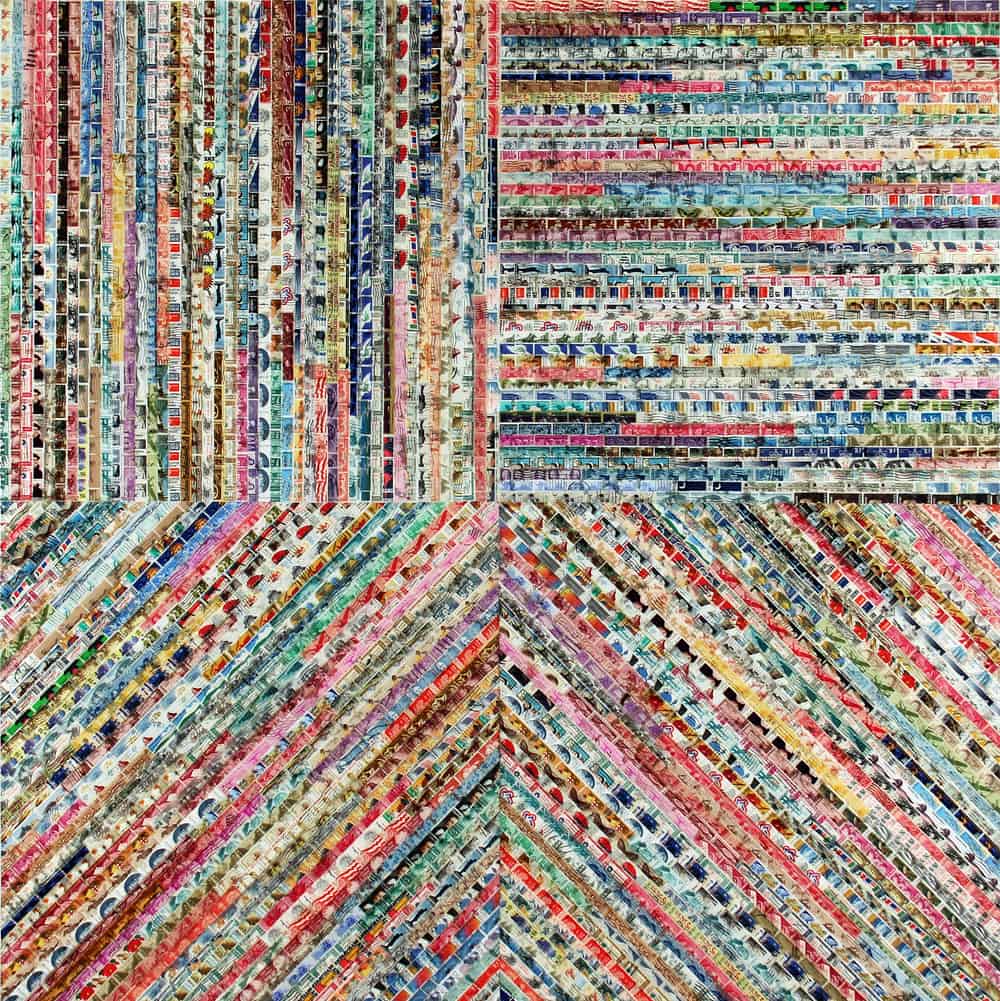