When I was little I drew animals off the TV. An old man in a captain’s cap showed me how. He lived in a shanty by the harbor and made it look easy. But it wasn’t easy for me. I ripped through the typing paper my mother gave me every week. I hated what I came up with. My bear looked mangled, the ram lame, the eagle lacked sufficient plumage to soar. But my mother loved each one as if she’d given birth to them. They lived on our refrigerator before being sent to the framer’s. These malformed animals form the beginning of an art
collection that now covers every available surface of my childhood home.

I would’ve had an easier time of it those early mornings in front of the TV if I knew what I know now. That the old man had those sketches all worked out beforehand. It was a step-by-step process refined over years, lifted, then customized, from the TV artists who came before him. Jon Gnagy was the first. He looked like a beatnik, with a worried cast to his glance. He was a selftaught veteran just back from the war. He worked out a way to render flora and fauna quickly and easily within his allotted forty-four minutes, stepping away from the easel to live-read copy the sponsors supplied him with. He never got the hang of drawing people. After he met and married his wife, he’d have her put in the rare figure required in his creations. He’d draw a western vista with a couple horses idling on a clearing in the foreground, then call off-camera and summon her to put a couple cowboys straddling the steeds. It was a rare
symbiotic personal/professional partnership. They kept on that way until his show lost audience share and the network canceled it. He took to sleeping in the workshed/studio in back of their property. With the Rockies as a background below an endless sky, all Gnagy cared about was that his tumbler of Old Crow was never empty. His wife let him mope a few months, but when he started hitting her, she packed her suitcase.

Gnagy was long forgotten when Bob Ross hit screens across the nation. Ross was also a veteran, but Vietnam rather than WWII. He didn’t Brylcreem his hair, preferring a natural poof of red that would make Bozo think him a relation. His program was in color, the better to accentuate the garish tints he slathered onto canvas to make bucolic scenes appear beneath his palette knife. He never seemed nervous like Gnagy. Either he wasn’t worried about it, or, more likely, just stoned enough not to care. His branded painting kits sold in
the millions. Magic White and Happy Clouds decorated living rooms across the nation.

But by the time I found out about Ross, I was through drawing off the TV.

I’d graduated to reckoning with reality.

Now I curse the ugly marks in my sketchbook after looking down from the busker playing at the downtown subway stop. He doesn’t acknowledge me because I haven’t left a cent in his open guitar case, though I’ve been standing here half an hour. I keep tearing the pages out, throwing them down on the floor, then starting over. I want it to be right, to show how his music makes me feel, but I never can. 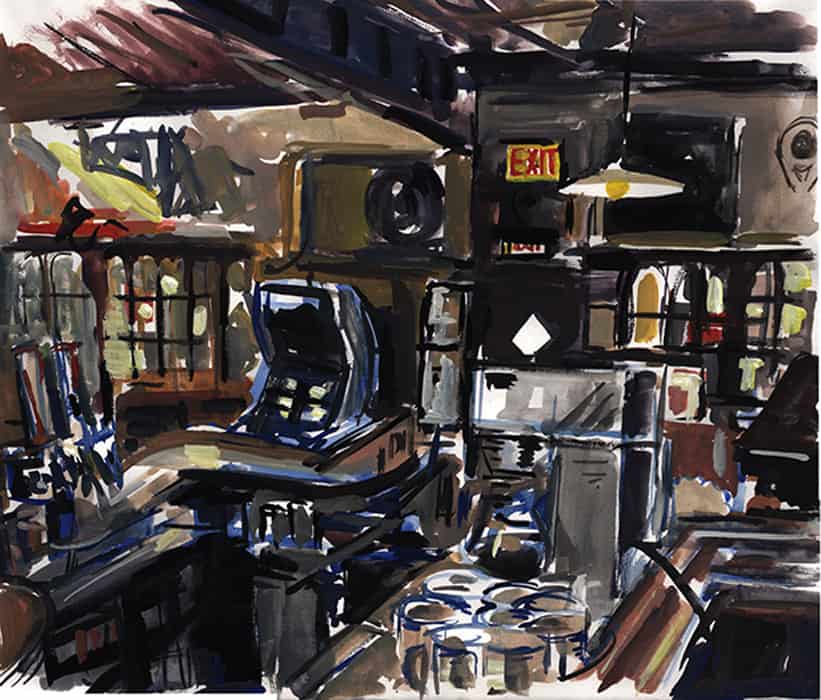 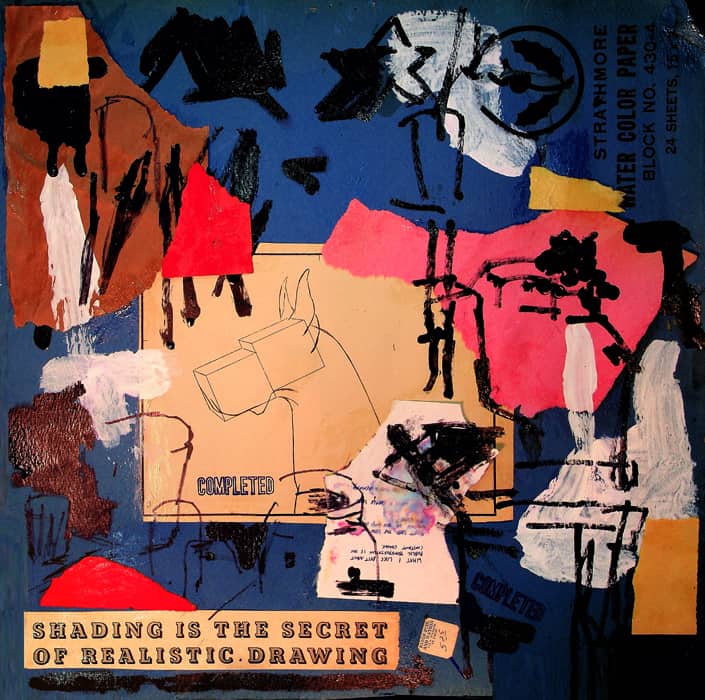 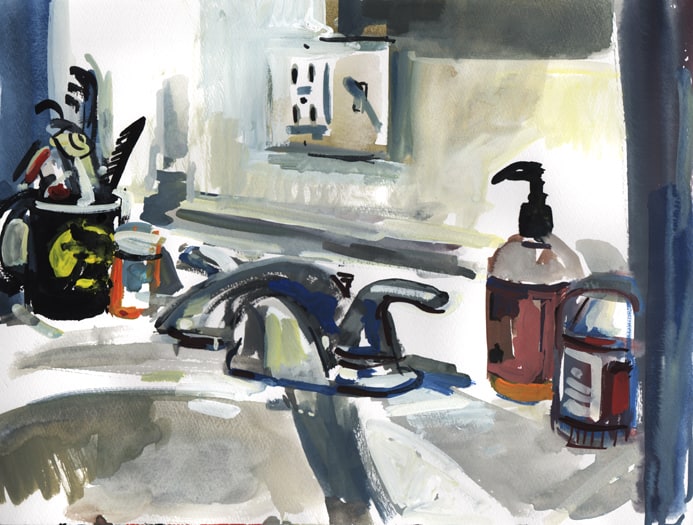 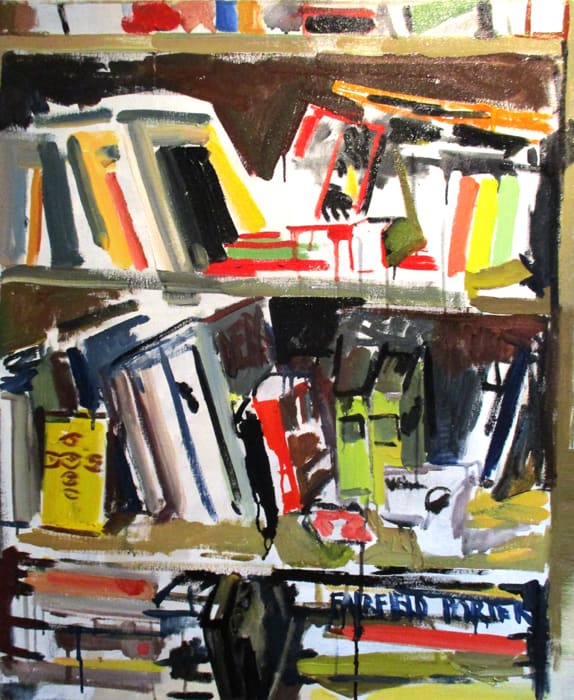 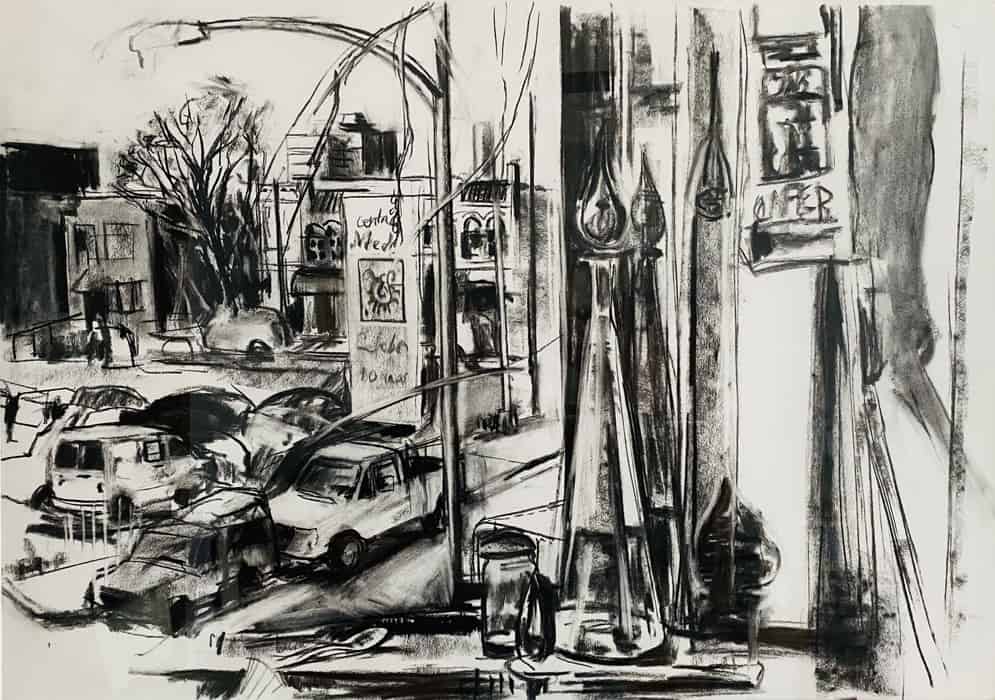